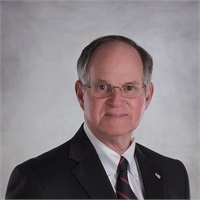 J. Richard Seale was born in 1947.  Mr. Seale graduated from Centenary College in 1969, with a Bachelor of Science degree in Science.  He then served in the US Air Force for 10 years and obtained a Masters degree in Business from Central Michigan University in 1979.  Dick began his investment career in 1979 with the firm Howard, Weil, Labouisse, Friedrichs, Inc. as a licensed securities broker and remained with that firm until it was acquired by Legg Mason Wood Walker, Inc. in 1988.  Dick continued with LMWW until 2006 when it was acquired by Citigroup Global Markets, Inc. (dba Smith Barney).  From February of 2006 to June of 2009, Mr. Seale was a financial advisor at Smith Barney and from June 2009 to April of 2013, he was a financial advisor at Morgan Stanley Smith Barney LLC.  He is a founding member of Adkins Seale Capital Management LLC and currently serves as Co-Managing Member and investment advisor representative.

Mr. Seale has been a CFA Charterholder since 1996 and is a member of the CFA Institute.

Dick is married and the father of one daughter. Dick and his wife of 47 years enjoy spending their free time with their daughter, son-in-law, and granddaughter.  Dick is an avid fisherman, duck hunter, and builder of wooden boats.