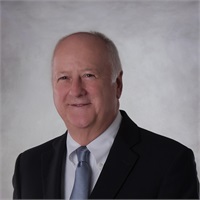 Michael (Mike) Adkins was born in 1951. He graduated from Louisiana State University in Baton Rouge in 1973, with a Bachelor of Science degree from the College of Business Administration with an emphasis in Economics and from the University of North Carolina at Chapel Hill in 1975, with a Masters of Business Administration degree. He is a founding member of Adkins Seale Capital Management LLC and currently serves as Co-Managing Member, Chief Compliance Officer, and investment advisor representative.

From February of 2006 to June of 2009, he was a financial advisor at Citigroup Global Markets Inc., and from June of 2009 to April of 2013, he was a financial advisor at Morgan Stanley Smith Barney LLC. From 1997-2006, he was involved in various investment/financial advisory roles, primarily in affiliation with Legg Mason Wood Walker, Inc. and Citigroup/Smith Barney as a registered investment advisor representative. From 1975-1996, he was employed in the commercial banking industry working in various capacities involving credit, financial/operational, and retail banking administration.

Mike and his wife are the parents of three adult daughters, one son-in-law, and three grandsons.  Family gatherings and occasional trips take up most of their free time.  Mike is an avid duck hunter.